Tim Love – “Is this real or something else?” 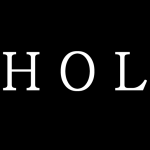 “Is this real or something else?”

It felt like the plastic that made most of his childhood
though those memories were of toys, plastic bats and
Legos and other such things.
This was not a toy.
At a weight of 23 lb’s and a length of 3 1/2 ft,
a mass big enough to remind him that this is real.
He hadn’t handled a weapon in at least 6 years,
nervously he took aim and fired.
It wasn’t bad at least he hit the target
but it wasn’t a kill and
were this live combat
his target surely would have
turned and killed him, in the blink of an eye.
But this was just practice and
he had time to hone his skills,
get comfortable and master the weapon.
He was confident he’d Master it.

In fact though, he had concerns of the toll it
would take on his psyche.
He remembered as a child the
torment he felt for all creatures in pain and
he feared these concerns may translate to humans..
though there was no way to know
he just had to find out.

His chance would come very soon..